In the morning before our guided tour, we wandered around the streets of Ypres and paid a short visit to the Museum of Education. A quote from the tourism website:

This museum is housed in the former Saint Nicholas church, a unique Construction in Flanders. The Municipal Museum of Education outlines the history of education in Flanders from the middle ages to the present day. 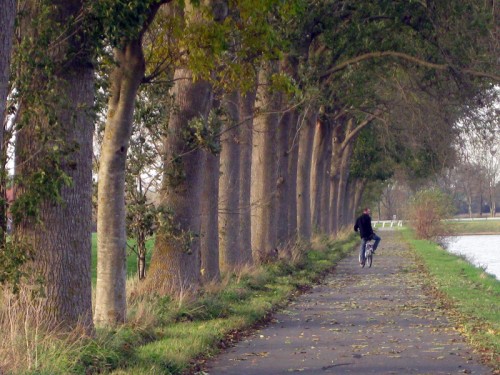 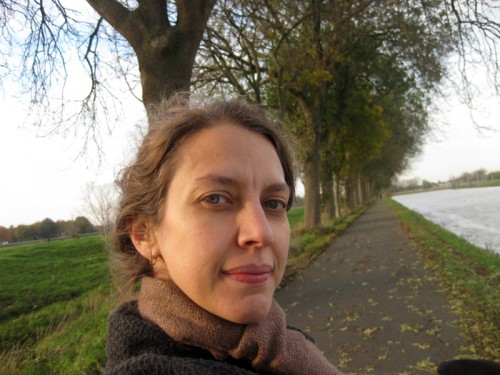 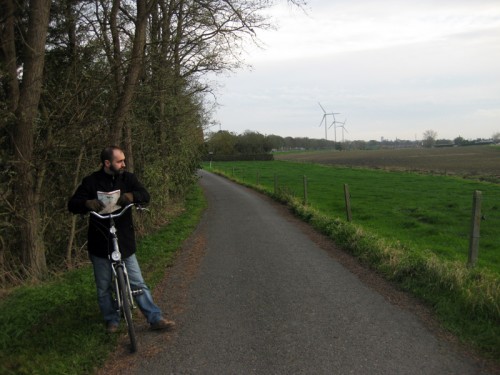 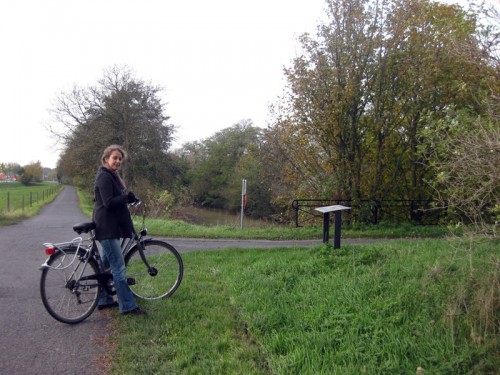 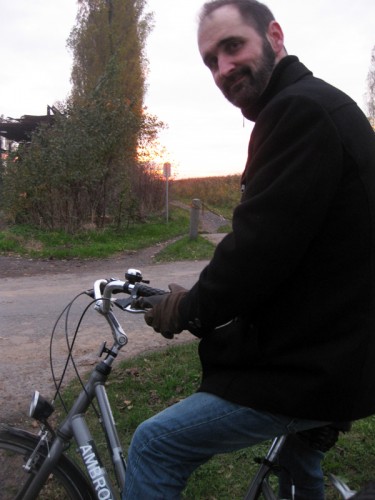 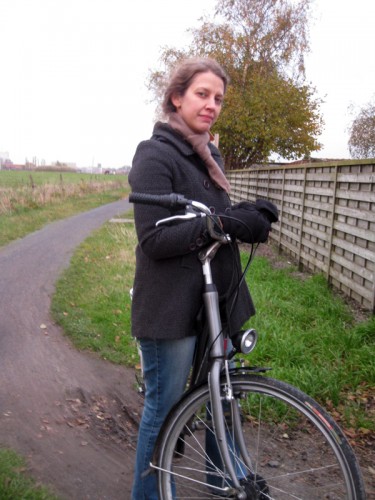 According to the “Great War” website, The Langemark Cemetery is “one of only four First World War German cemeteries in the Flanders region” and contains over 43,000 dead. Over 20,000 unidentified German bodies were interred in a mass grave. The names of those known to be buried here but not identified, or identified through research later, are inscribed on monuments and tablets.

There are dozens of cemeteries in and around Ypres. The largest, Tyn Cot, holds nearly 12,000 dead. The Essex Farm Cemetery is much smaller with 1,200 graves. We visited this cemetery by bicycle after we finished our guided tour. It is immediately next to the John McCrae site.

I memorized the poem “In Flanders Fields” in grade six (not by choice) without realizing it had international significance.  The McCrae site is where the Guelphite John McCrae, a medic, originally wrote the poem. I think I read somewhere that he had thrown it out and someone else rescued the poem from the trash. After our too-short guided tour was finished, Eric and I rented bicycles and rode to a few more memorial sites; this was our first stop.

Thousands of Canadians died in the battles at Passchendaele in the fall of 1917, among them one young man from my hometown whose name is listed on Menin Gate.

The German defensive line had been fortified during the previous months in their expectation of an attack here. The British advance turned into a battle of 8 phases, inching closer to the Passchendaele Ridge in a series of actions with limited objectives. The capture of the Passchendaele Ridge eventually took over 8 weeks to achieve.

The cost to both sides in human casualties was immense at between 200,000 and 400,000, although exact figures for British and German casualties continue to be a matter of discussion for military historians. The great tragedy for the British Army and the Imperial Forces of Australia, New Zealand and Canada, who suffered so many losses in the fight for the few miles from Ypres to the Passchendaele Ridge, is that only five months later almost all of the ground gained in the mud and horror of the battles for Passchendaele was recaptured by the German Army during its April offensive in 1918.

Our tour guide stopped at Canadian memorials along the way to the Passchendaele memorial and described what the battleground was like in the 100 days it took to capture the hill.

On our second day in Ypres, we took a guided tour of WWI battlefields and memorials. At Hill 62, we saw the British frontline trenches at Sanctuary Wood. There was a one-room museum there as well, but we didn’t stay long as this was our group’s last stop.

The Last Post Association commemorates the fallen soldiers of the First World War every evening at Menin Gate. The gate itself is a memorial to the British Commonwealth soldiers who died in Ypres Salient, but have no grave site.

The Last Post ceremony seeks to express, day after day, the lasting debt of gratitude which we all owe to the men who fought and fell for the restoration of peace and the independence of Belgium.

With the passage of time, the meaning of the ceremony has become broader and deeper. When the bugles now blow, we no longer remember simply the fallen of the British Commonwealth, but also their comrades-in-arms from Belgium, France and many other allied nations, who willingly made the supreme sacrifice.

We remember, too, that many died on the other side of No Man’s Land: enemies then, but partners now in a united Europe. In this sense, the Last Post is not only a mirror reflecting Europe’s troubled past, but also a beacon of hope for all our futures.

Climbing the belfry was an add-on to our ticket to see the In Flanders Fields Museum, which is also housed in Ypres’ Cloth Hall. We smartly visited the museum before setting out on a guided tour to help us contextualize what we were going to see around Ypres the next day.

The museum used video, animation, and computer technology to bring the material culture of war to life in a setting which had the solemn feel of a cathedral. We received RFID-chipped poppy bracelets which, by clicking them various computer stations throughout the exhibits, would provide personal stories of individuals involved in the war or more detailed information about the objects you selected. Video stations showed actors representing all different nationalities talking about their experiences in English, French, Dutch, or German. A digital map animated the changes of the front lines from 1914-1918, colour-coded to show whose army was where. But the high-tech displays were intermixed with objects and photographs that couldn’t help but make you wonder about the people who once owned or used them.

Several pennants hung over the exit, printed with the names of all the wars of the twentieth century. It is very hard to understand how humanity keeps making the same mistakes over and over.