My mémère gave me this photo of herself in Montreal at 18 when I was around the same age, also in Montreal. I’d registered to play hockey in my first year of uni, but unsurprisingly, I only made it to a single horrid and humiliating game. She told me that she’d played street hockey with boys and when a puck to the face had given her a black eye the supermarket manager where she worked fired her. A coworker argued in her defense and she was rehired, maybe after she’d healed.

This photo was taken on rue Adam around 1934. 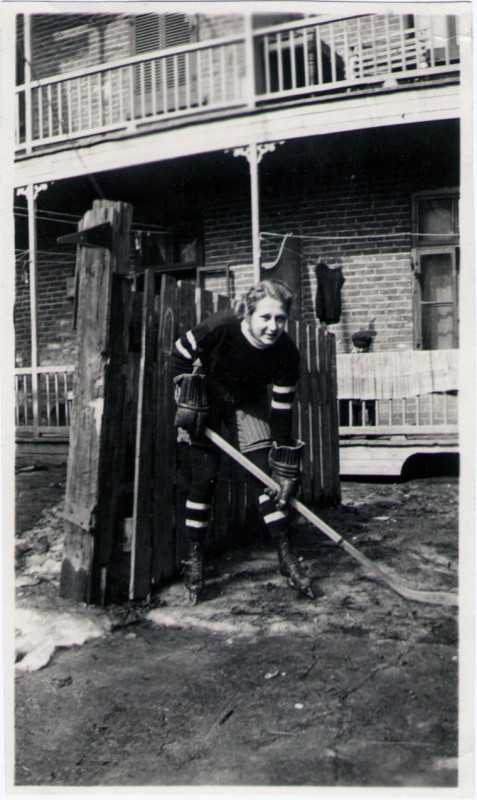 Due to the “untenable chaos” in the city’s dog parks, one Montreal city councilor has proposed a bylaw that would require all dogs using dog parks to be trained in both official languages. Implementing the rule would involve unspecified city employees testing each dog’s knowledge of basic commands in both English and French. Councilor ‘Benoit LaDouce’ illustrated the problem with a personal experience:

… about two weeks ago I was in the park with my own dog and a large Anglo dog, he leaped up onto my shoulder and begin to lick and kiss, so I look him in the eye and I said “Ben! Va-t’en bonhomme! Awaille!” which means, roughly translated, “Eh, go out of this place fun guy, go!” and the dog looked back at me total incomprehension. Our alienation from each other was absolute.

M. LaDouce’s vision of the alternative to bilingualism:

to turn each of the city’s dog parks into a renewal of the Plains of Abraham every Saturday morning?

Alleviating some worries, he went on to explain:

A lot of people don’t realize that we’re not saying that the pets all have to speak French. We’re saying that the French dog as well must learn some English commands. You know, if Jacques Parizeau comes to the park with his– he has a beautiful schnauzer named Nelligan, after the great poet of Québec, Emile Nelligan— if he says “Awaille! Nelligan, arrêtes-toi de pisser sur l’affaire!” he has to say as well: “Nelligan, stop to make urine on that thing!” And I think if we make a little bit of room for growth for both two-leg and four-leg citizen, that’s OK by me.

UPDATE: A second interview in response to “maelstrom” (or maybe “mail storm”) and a phone call from Cesar Milan, host of “The Whispering Dog” is available here: Montreal councilor now wants dog parks to be language-free, dog owners must only use “tones and hand signals”.

True, Montreal in 2010 didn’t quite feel like Montreal 1995. No Anglos go home scrawled on the McGill library; the only guy who told me to go back home was wobbling drunkenly down St. Denis around midnight.

But in this election, was it not the same M. Duceppe I’d voted against in 1997 when my dear Parti Vert was just as unlikely to win as the NPD? The same man still insurmountable when I returned to Montreal a decade later, 15,000 votes ahead of his nearest 2008 competitor?

Why did Montreal wait for me to leave to decide to embrace anglos? If the Orange Surge had happened 3 years ago, we might have stayed.

I’d thought here in Guelph, where the Greens had gotten 21% of the vote last election, there would be Green momentum. Not so. Looks like I will have to retire to Saanich if I want to enjoy Green fever. In the meantime, I’ll finish reading Mr. Layton’s books and see if orange might be my true colour.

So I paid my library fines, patted a few squirrels, downed some final pints, and we have now officially departed from Montreal. Our junk shipped out on the 31st of August and arrived in Guelph on the 3rd of September. These are some random photos from the last few weeks before departure:

As much as I’d like to write 2 full sentences, all I can remember about this display of poems on jars is that I saw it on a visit to BaNQ last month and it has something to do with an exhibit about glass and architecture. 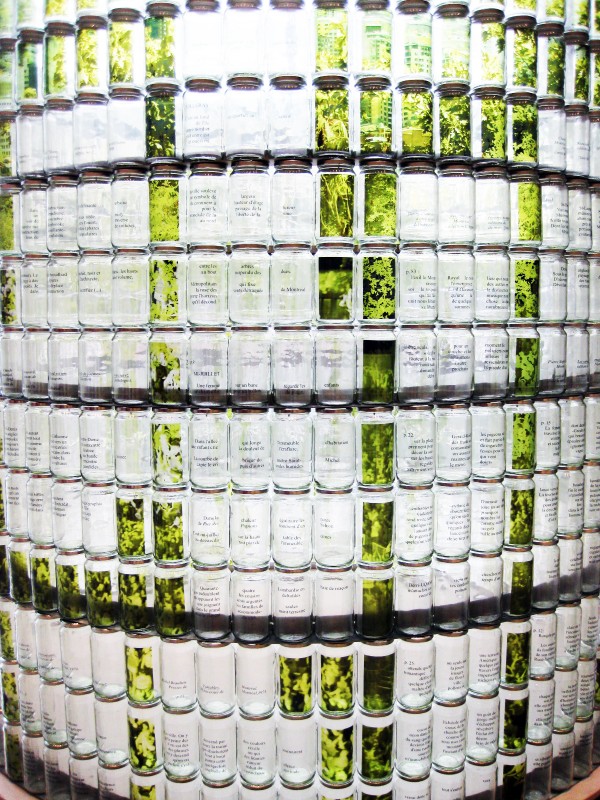 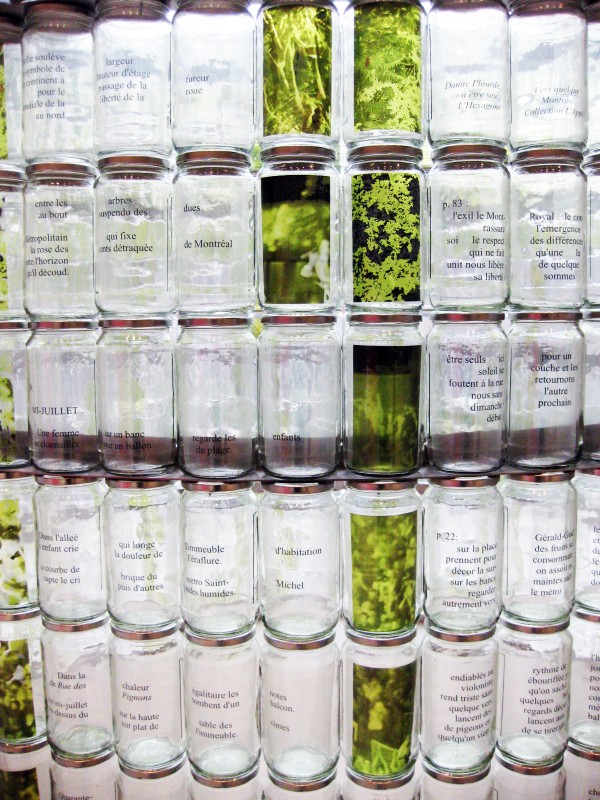 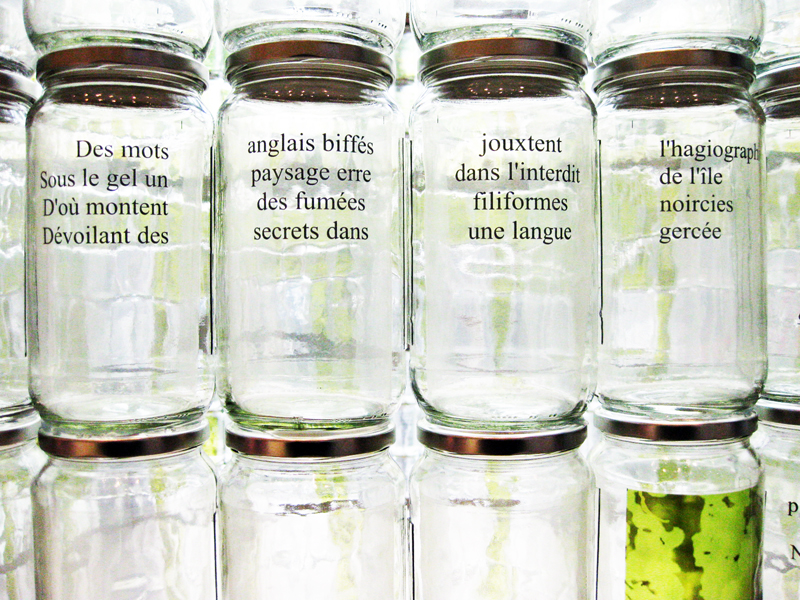 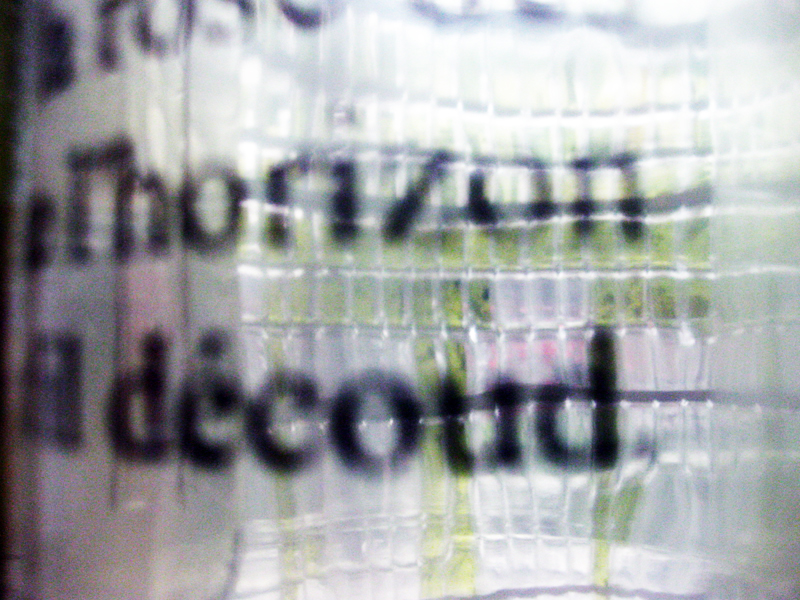 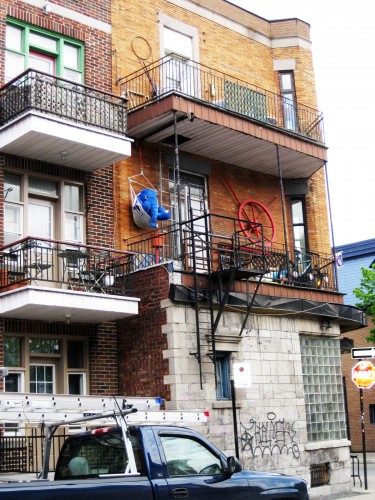 Sage found this on a morning walk. She loved it! 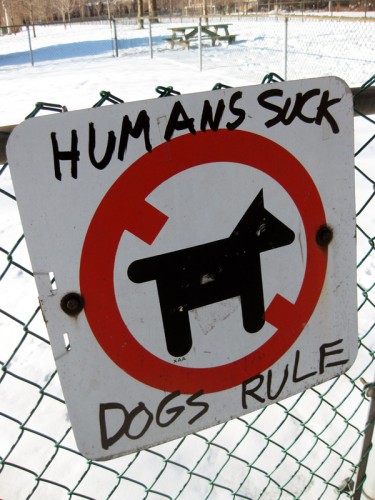 Photos I promised for yesterday of Sage exploring her park after this winter’s first big snow fall: 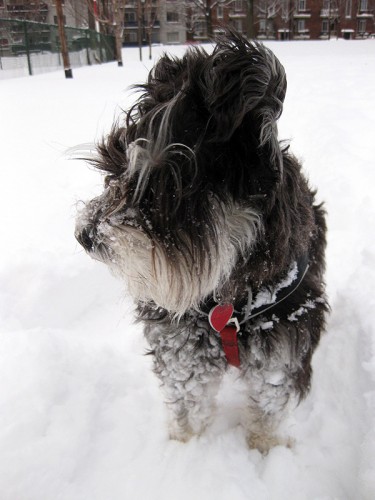 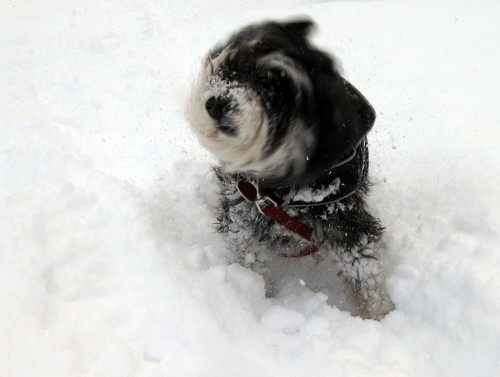