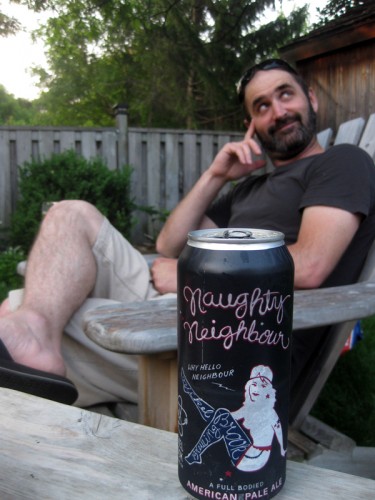 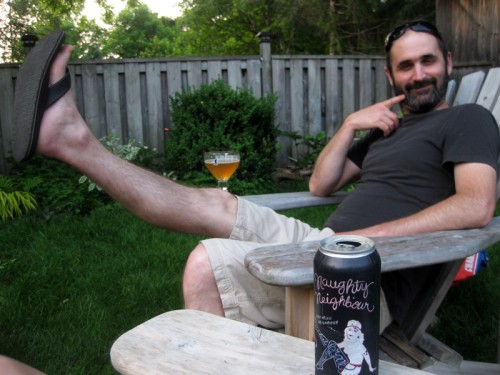 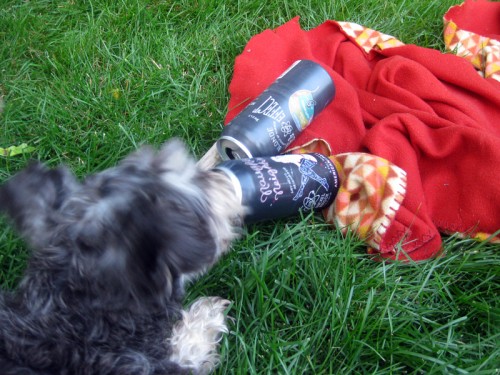 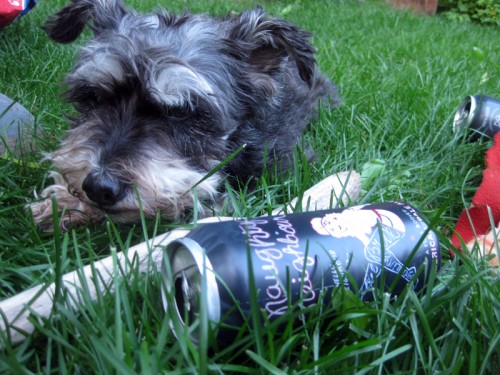 Long time no post… Spring is really flying by. The frozen pipes throughout town for all of March seems so far past, as does the head cold that wiped most of April off the calendar. Here’s a brief summary of how winter ended: 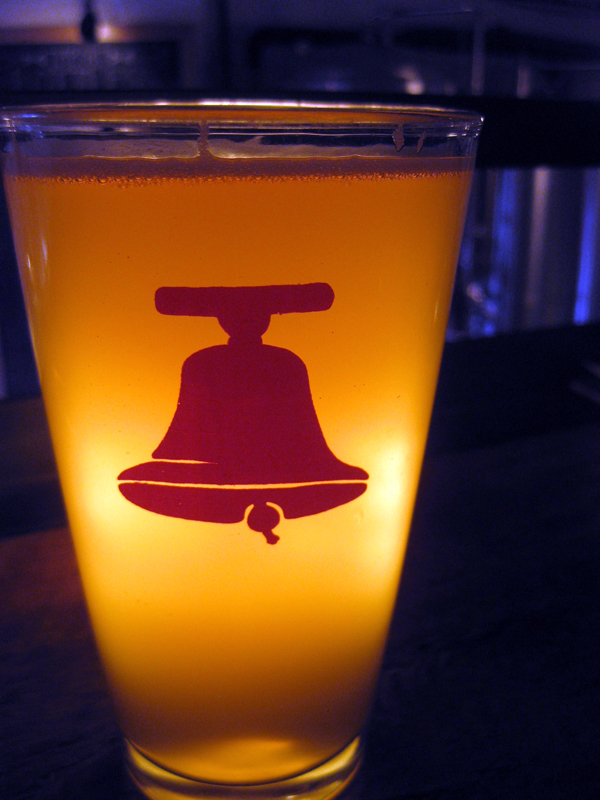 This microbrew hand-delivered from Sudbury tasted especially delicious after an afternoon walk in snowy woods. 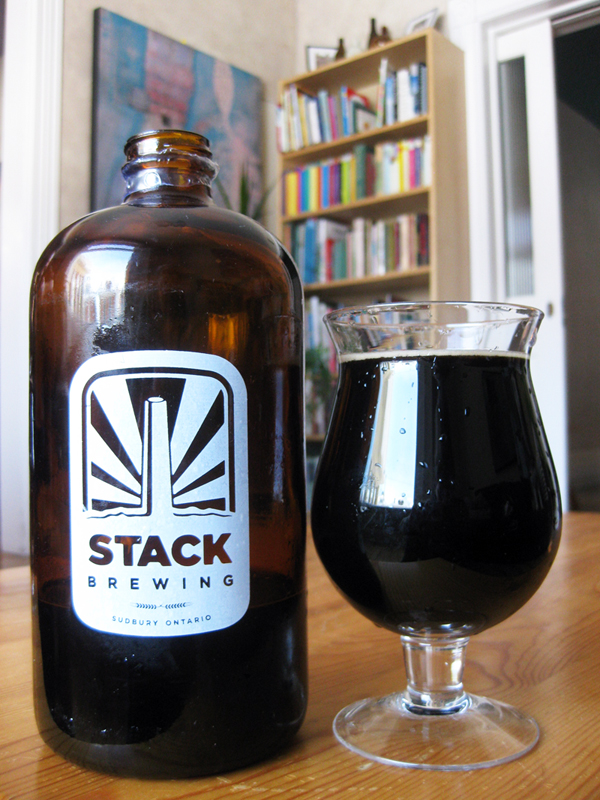 A few pictures from last weekend’s music and arts festival.

So I guess Owen Sound is big on beer cap art. We walked by this today downtown: 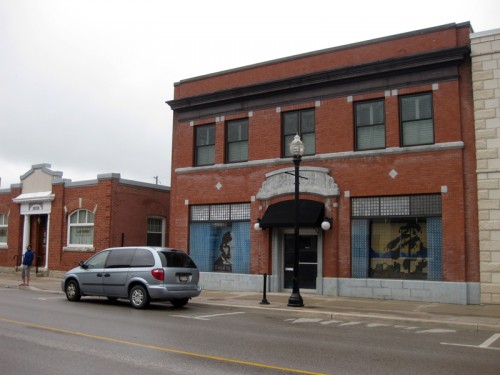 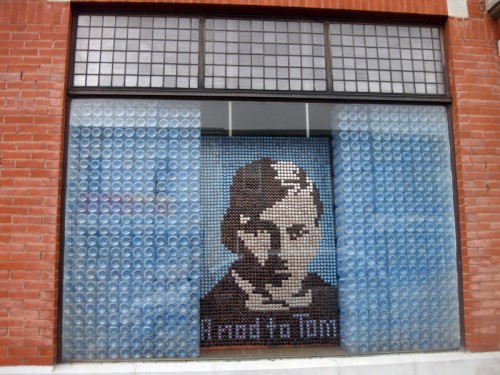 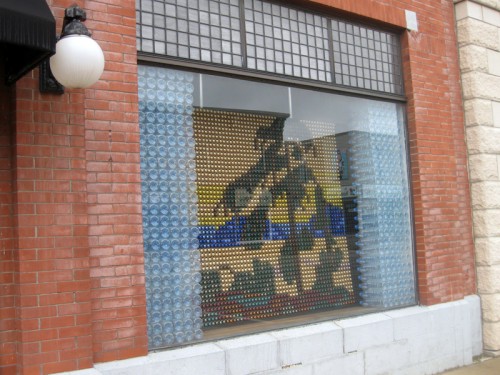 After a Saturday trip to Flesherton (icky name!) to browse furniture at The Rusty Star (where –after 3 long years of searching– Eric and I finally agreed on a patio set!) we stopped for a snack at The Bicycle Cafe. Their menu had wonderful surprises, like eggs on rice with plantain (yum!) and congee with cashews and ginger (next time). Just loved the way Eric’s very tall Erdinger Dark dwarfed my Cocobomb (espresso and chocolate milk). 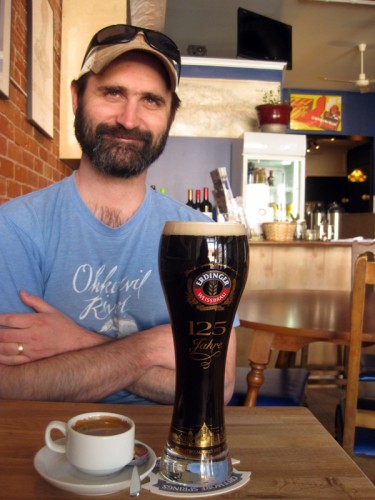 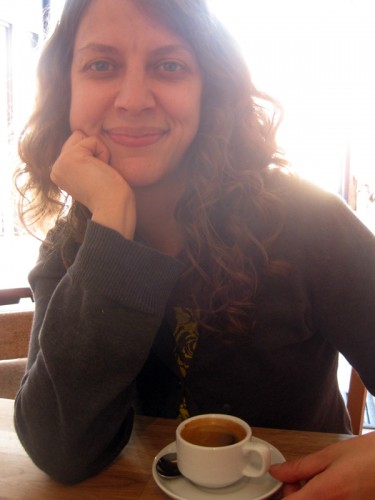 We were back in Brussels for our last night in Belgium by late afternoon. After a bit of wandering semi-lost in the matrix of streets around the Bourse, we found our (delightful) hotel: Hotel Cafe Pacific.

By the time we got to the hotel we had purchased lace, chocolate, and beer. We rested up for an evening of more wandering and some bar-hopping by sipping two abbey beers from the “250 beers” store: a Westvleteren 6 and a Westvleteren 8. (Smuggling an empty beer bottle back to Canada did cause some minor issues with the scanner people at the airport the next day, but I’m glad we kept the souvenir).

When we ventured back out into the city, we stopped at one cafe specifically to try Kwak, then we window-shopped our way over to another place for crepes. Finally, the last beer hunt was on for Delirium Tremens. We walked all over little cobblestoned streets and side-streets, past hundreds of miniature Manneken Pises until we found the unmissable pink elephant label.

Though the sign outside said “Delirium Cafe”, the beer menu said “Hoppy Loft”. It didn’t matter where we were, though, because the beer list was the longest we’d ever seen.

Side note: the actual meaning of “delirium tremens”, according to PubMed, quite aptly describes Eric’s feeling about leaving Belgium:

Delirium tremens is a severe form of alcohol withdrawal that involves sudden and severe mental or nervous system changes.

All these photos are from the Delirium Cafe:

So, yes. Despite choosing Ghent over other cities because of its vegetarian options, Eric decided he couldn’t wait any longer to try mussels. I had a yummy kirr with my fresh pasta and pesto– it was one of the more delicious pastas I had in Belgium. 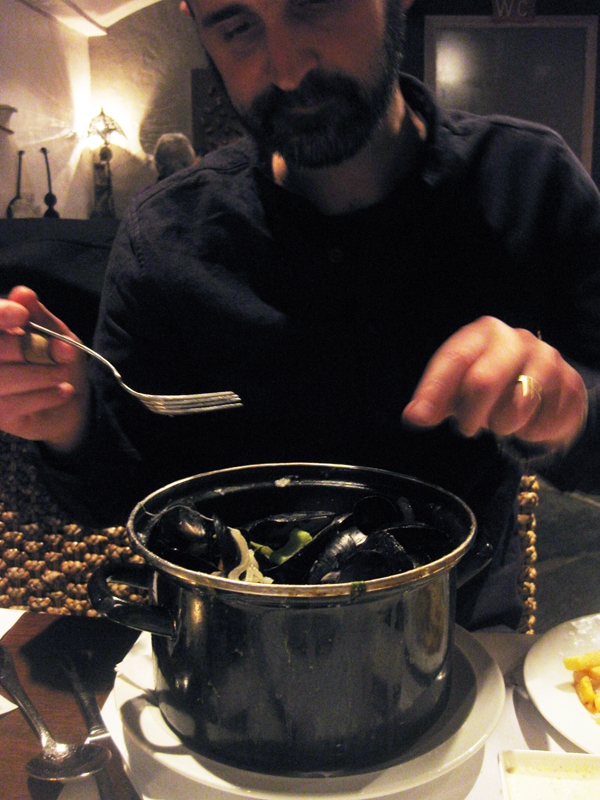 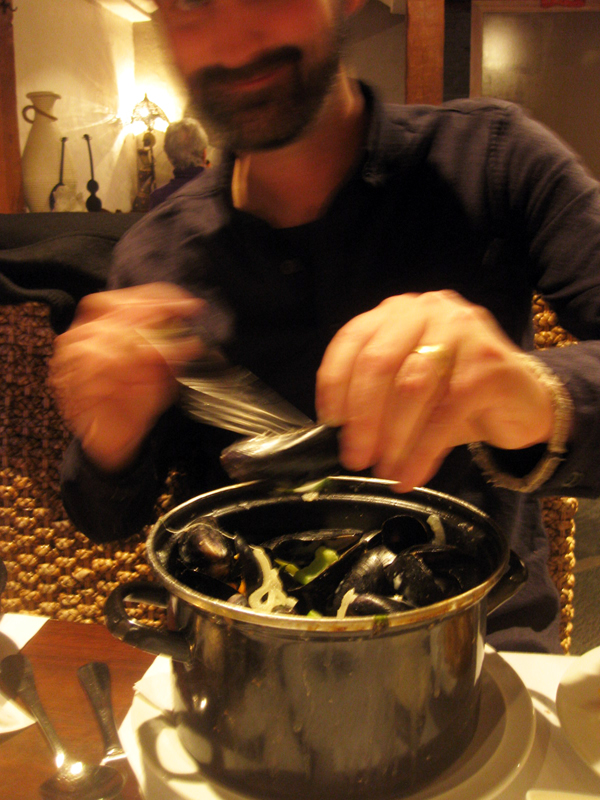